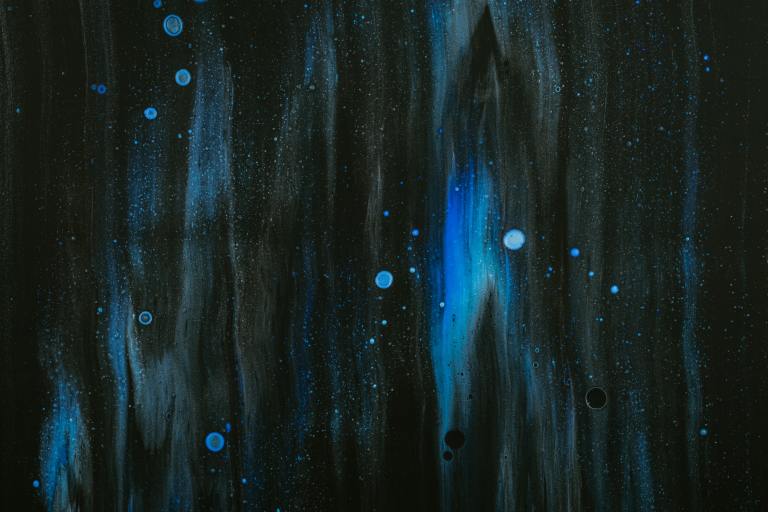 People rarely get the chance to acknowledge when something life-changing is about to happen, but somehow, when I picked up “Down and Out in Paris and London” for the first time a few years ago, I knew I wouldn’t be the same after reading it. I had just returned from the UK, and I was hurting, because I missed the feeling of being home I had experienced there – a feeling that just wasn’t the way I felt at that moment, lying in bed, holding the book, in my own bedroom, in my own house. It’s been a while now, but I still remember how it made me feel. But I can’t remember a single word or passage. I was completely drunk in longing.

If I think seriously about it, I have not lived an entire year without some radical change in my life for at least 13 years now. I’m not sure if it’s the same for everyone, or the majority, but I am sure I know a handful who have been hanging out with the same people, at the same places, doing the same things, for at least half a decade. I don’t mean to paint that as a negative thing, though, and how could I even do that in the first place, since I have no idea how it feels like. I know how constant change feels like, though; tiring. I’m exhausted.

On the other hand, I’m the type that gets bored easily. Not everything that’s ever changed has been on me, but God, who’s got His hands all over everything, knows me well enough. I’m not a fan of speculating about unrealised timelines but perhaps I would feel even worse than I do now if I hadn’t seen so many friends come and go endlessly. Perhaps I’ve been online for too long and my body and soul have become one and the same with the space of flows that I have most certainly made my own. But, in spite of all the changes, I think I’m very boring.

Fast-backward to the person I was in 2016. I had never been abroad before I moved to another continent as a student but I had always enjoyed the concept of being a person who keeps coming and going around. People have argued greatly about the reasons why travelling changes you; you can always wonder about the world that is much larger than the space between the tips of your middle fingers if you open your arms as wide as possible, but to stare into the void is something else. I am strongly against the idea of tourism, though, so I hope you don’t mix things up.

You don’t have to go far to realise how unspeakably deep is the abyss of the thought of the world. So I’m very comfortable with downsizing when I can’t fight something that feels way too big. Beholding the extent of the world is scary, but I can take refuge in the sweetest memories from travelling that I keep: the several different rooms I’ve ever slept in. I still remember how each one of them made me feel, and how each one of them felt like my own place, or how it did not. The feeling of sleeping in my grandma’s bedroom was uncomfortable, because I was scared of the picture hanging on her wall – but I was not brave enough to tell her. The first night you sleep in a new house always leaves that weird feeling of believing you’re somewhere else before realising you actually moved places. But not when I travel. I don’t remember my body ever forgetting I was in a new place when I left what I called home to make myself at home somewhere else for a while.

I remember the shape of each of these rooms. My go-to strategy to fall asleep is following the ceiling lines until I know their corners well enough to peacefully zone out. After I became an Architecture student, that habit became a skill. Once, in 2016, I tried to redraw every single room I remembered sleeping in from memory, and I did it well. Two years later, the person I was in 2018 is lying in bed alone, in a tiny, ugly hotel room that I remember all too well, waiting until the clock struck the time she was supposed to shower and get ready to go out. I was listening to Faces on repeat. “I wish that I knew what I know now when I was younger”. The way we always do, but we never learn. The song in itself doesn’t mean anything to me, but I can still remember that ugly bedroom down to how it smelled whenever I go back to “Ooh La La”’s haunting chorus. The person I was in 2018 listened to that song a hundred and too many fucking times before she realised that chorus was about her.

I enjoy music that I can cry to as much as music that I can dance and vibe to, but I absolutely adore love songs the most. I adore them because, of all the different types of songs, they’re the ones that always feel right and desirable, like there’s a good reason they exist. I always keep a bunch inside my heart, even when I don’t feel anywhere near feeling anything, because some of them can make my heart flutter for no particular reason. I remember feeling like I was the main character in a love song only twice in my life – once in 2013, then in 2017 (the same year I read “Down and Out in Paris and London”). I longed to be back where I felt at home and reading the book made me feel like I could accomplish it anytime soon. And I wanted to believe it so bad. I was happy to dream about the life I was about to build. But it was not about the place anymore. Damn, I was so foolishly in love. Someone hugged me in a way that tricked me so deeply I believed I had found home. It wasn’t the land. I was so foolish, and it’s even hard to acknowledge just how foolish, because, looking back, I have no idea how I felt safe and sound where I didn’t belong. Like a lonely piece of garlic trying to fit into an orange missing a bite. I was so foolish, and I was so blind.

That’s the most fucked up thing about everything. I felt safe where I didn’t belong. How am I supposed to find a safe place, especially now that I realise I don’t know what it looks or feels like? I try to think about the things that have come and gone over the years, and my uncertain ways through the world, and what remained, and I wonder if that’s the direction I’m supposed to take. I try to recap every single bedroom I’ve ever been into to see if how each one of them felt like my own, or how it did not, can help me figure out the answer. I think about my family, and the friends I love the most, and the songs that I enjoy dancing or crying to, and I still don’t know if I’ve ever been anywhere near as close to home as I suppose I should have by now. How can I even tell that I’m a part of the world besides the fact that I have a body, and an incarnated conscience, and that air gets out of the way whenever I move back and forth trying to figure out where the hell I belong?

I wish that I knew what I know now when I was younger; as she read that book, the person that I was in 2017 felt transported to the invented memories of where she wanted to be. That’s creepy, but that’s how impatient, bored, nomad hearts figure out how deeply desperate they are to find a place to rest. Sadly, it took me long to grow out of my desperation, just enough to see the red flags first. I feel like I’ve been hanging for a long time, because something so small left me stuck in a room with a puzzle instead of a door lock. All my life I’ve seen people come and go out of their trauma and move on without ever cleaning up the room in the first place so why did it have to be me the one taking turns to find out what’s wrong for years? I’m desperate about making all wrongs right by all standards of righteousness, and I’ve never shied away from seeing my mistakes for what they were.

But it wasn’t only my mistake. It wasn’t. For the longest, I tried to take responsibility for my own life by not attributing fault to others. I thought THIS was a righteous choice, but it’s not, because, when I started spitting all the things I was keeping inside, I blamed myself when he chose not to say anything in return. And, even as I write now, years after I closed that page and burned it to the ground, I still feel the gutting punch of bitterness of all the things I wanted to say so badly, but that I couldn’t. He made me feel like I was just about to take off and I never unlearned it, but it’s been so long, long enough that I honestly don’t even care about him anymore. I had to think deeply, and for years, before I realised that I could only easen my broken heart if I got rid of the weight of all the words I kept locked inside. That was unthinkable; I was desperate because they had no place to go. How could I simply let them fall to the ground?

Then, one day, I read that the number one reason why love songs exist is because there are volumes of things about love that might end up written anyway, but which are better left unsaid. It was something that simple, almost stupid, if you say it out loud. But I think the mental image of all the love songs I had been keeping inside of me being anything other than a love song made the whole thing seem very silly (but I was glad to have a laugh). Something shifted inside of me, something that made all of the things in the deepest pits of my numbed-down heart light up so that I could finally come to terms with all the words I had been choking on as I hung, high and dry. Words that had no place they could get to were better left to fall and crash and melt into the ground. Being content with their fate, trusting these silly little outcomes might mean that downsizing was the right choice from the get-go. It’s a weird feeling but I think it’s the closest to home I must have ever been. I still don’t know how to describe it, though, so perhaps it’s an open-ended resolution, but if I can make my way out of this mess, it should be enough.

Photo by Pawel Czerwinski on Unsplash